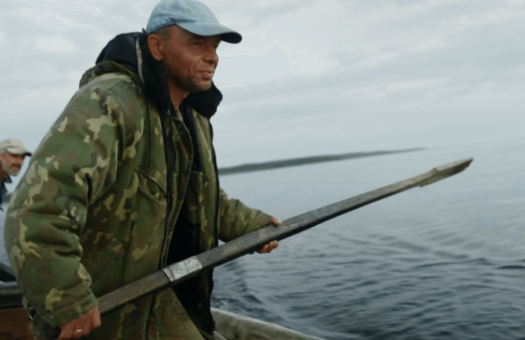 Once village Rebolda on the edge of the Big Solovetsky island was inhabited. Now it comes back to life only once a year, in the summer, when brigade of seasonal workers comes here to gather sea weed for the Archangelsky weed factory. On a low tide they go to the sea on their wooden boats and scythe sea weed with their long-stalk scythes. Than they hang it on barbed wire and dry it. When workers leave, only one person remains on the island – keeper with his dog. He will live here until next May, when brigade comes back.